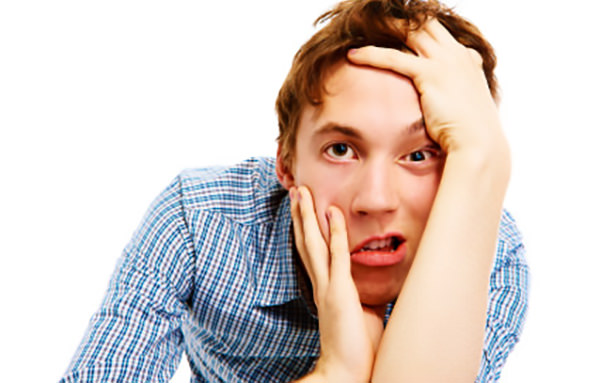 The first time we met, we got along great! Our dinner lasted almost 3 hours and the waitress asked how long we were married, which made us both nervously giggle. We spent over 7 hours together that first night. I was really looking forward to the next time we’d see each other.

The second date was a little different. We agreed to go to a local wine bar for some appetizers and wine tastings. So I got ready for the evening and waited for him to pick me up.  He was on time and came to the door, which is always a good sign.

When we got out to his car he said:

I decided to make a reservation at another restaurant, one of those Japanese places where they cook on the table in front of you.

No problem, those restaurants are always fun so I didn’t mind.

We chatted while we drove, nice pleasant conversation. We joked and laughed and seems (again) to really be hitting it off.

During dinner he was acting kind of bizarre, out of nowhere. I wasn’t sure what was happening since we had just been laughing and started up some fun conversation with the other people at the table (since it seats 8 and were only 2).

After dinner, we went back to my place to watch tv and talk. We sat on the sofa for over an hour just watching tv. Very little conversation and he didn’t make even the slightest attempt to kiss me, or anything. I was growing almost uncomfortable.

Then, he said, randomly:

So, I suffer from Seasonal Affective Disorder. I get very depressed and sometimes have a hard time in life. I feel that I am going through that now and think I am going to move back home with my parents.

There’s not much to say after that. Not only did the conversation slow to a screeching halt at that point, but I think I may have said I was really tired and had to be up early the next morning. He left.

I have heard from him a few times over the past year, via text. Probably in his brief moments that he was not suffering from Seasonal Affective Disorder. I never went out with him again.